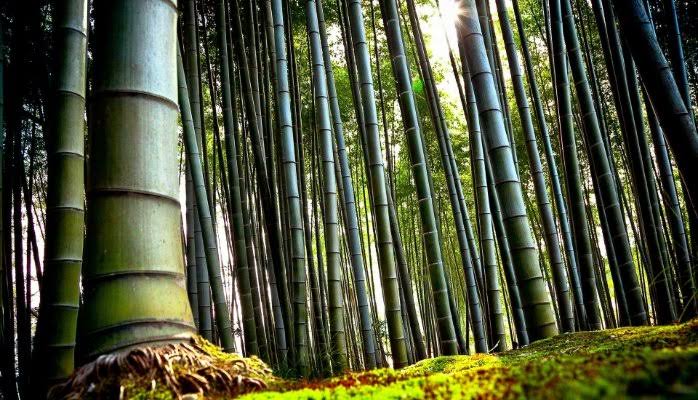 I am both – a motivational speaker and a business coach. I have learnt the huge lesson of drawing the line between both. Motivation is good for take-off, continued growth and sustenance of an enterprise but you need the right tools and a perfect blend of strategy to excel.

Where should a startup business channel its focus? Local Market or International Market!

The answer is – It depends! Let's take two striking stories analogically here - The Chinese Bamboo tree and the App developer in the streets of Zimbabwe.

The story of the Chinese bamboo is a regular motivation for new startup founders. A Chinese bamboo tree, when planted stays under the soil without showing up on the surface of the earth for four years. On the fifth year, however, it springs forth for the first time. After six weeks of springing forth, it grows to about 80 to 90 feet tall. The story of the bamboo tree tells much about patience and persistence. The Chinese bamboo farmer must continue to water the bamboo for four years consecutively even without seeing the offshoot. He must believe in his seed and work persistently to see it come alive. He needs not upturn the ground to check if something is actually happening with his bamboo seed – or, perhaps if it may have been eaten up by the ants or it’s badly damaged by other elements – he needs not to worry about that. He anchors his faith in the potency of his bamboo seed. It will spring forth in the fifth year and for that reason he waits anxiously. In the first four years of the Chinese bamboo’s seedling, it will be busy taking roots - running its rooting system far into the ground and round about itself. The four years period grants it enough space of time to develop a sophisticated root network. In the fifth year, it springs forth for the first time above the earth surface and in the next six weeks, it is about 80 to 90 feet high about the ground - a wonder to all that beholds it at the time. The six weeks’ 90 feet growth came about by the developed strong root system/network. The Chinese Bamboo tree first tries to understand its underground network and how best to fit in and deepens its root system before it aspires to spring forth above the earth surface and beyond bounds. This can be ascribed as analogy for starting within reach (your local community and others), then going beyond bounds (say, international) later.

On the other hand, lets imagine a Zimbabwe App Developer who just finished acquiring skills on how to develop a financial app. Charged by his business coach ‘to capture them young’, he launched into his local market. After 2 years of trying to get meaningful number of subscribers (apart from his sympathetic friends and relatives) without fruition, he discovered that the reason was that for one to effectively utilize his app, the person actually require a given level of financial literacy which is deficient in his local community in Zimbabwe at the time. Two challenges emerged and began to seek for preeminence, that is, which should come first in dealing with – Solving the financial literacy deficiency in his Zimbabwean community or getting a larger international market for his product which is now market-ready. After considerable deliberations, he was led to partner that same year with a Southern African telecom giant who was wowed by the product and used its far-reaching and already developed network to get the app to where they were actually needed - South Africa. In the next quarter, he’s actually gotten millions of daily users and hundreds of thousands of paid subscribers. In his very words, “The firm’s growth came like in twilight”, he never anticipated it.

With this achieved, he went back to solve the problem of financial literacy in local community as one of his firm’s corporate social responsibility and thereafter got his product the largest share of the market from his Zimbabwean community. In his words, during an event to the five years anniversary of the firm and to celebrate his philanthropic gestures towards the community, he said, “I would have lost out in the game , if I started fighting for financial literacy here in the community first, but now I have achieved both and in less time.” This is an analogy for going beyond your local market from onset. This also entails wider vision.

Summarily, stories can be used to buttress points, teach lessons, and inspire people but when it leaves the audience practi

RELATED ARTICLES
INSPIRATION
Why Now Is the Right Time to Own an Online Business
If you've ever wanted to run your own online business, this is a great time to do so.
IABC Africa M.
3 mins
INSPIRATION
The Cry of an Eluded Set - A Call to Entrepreneurship!
When the leaders fall short, the youth bears the pain.
Obi G.
2 mins
INSPIRATION
START UP YOUNG, GO BEYOND BOUNDS
There is no ‘one-size-fits-all’ template to run a successful business, this is where some business coaches gets it all wrong. The energy of a youth, however, is unimaginable.
Obi G.
2 mins
INSPIRATION
SELF - DETERMINATION
Survival, they say, is for the fittest. In a world where it takes fitness to survive, self – determination is key to developing such fitness.
Obi G.
3 mins